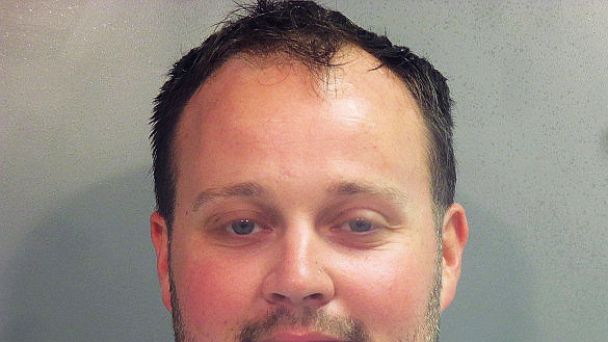 FAYETTEVILLE, Ark. -- Former reality TV star Josh Duggar faces charges of downloading and possessing child pornography under a federal indictment unsealed Friday. Federal prosecutors announced the indictment a day after Duggar was arrested by U.S. Marshals in northwest Arkansas. Prosecutors said Duggar possessed the material, some of which depicts the sexual abuse of children under the age of 12, in May 2019. Duggar, 33, pleaded not guilty at a hearing Friday. His attorneys said they planned to defend his case “aggressively and thoroughly.” “In this country, no one can stop prosecutors from charging a crime,” the attorneys said in a statement. “But when you’re accused, you can fight back in the courtroom — and that is exactly what Josh   ... Read More

Michael B. Jordan says he’s down to do ‘Celebrity Family Feud’

Courtesy of Amazon StudiosMichael B. Jordan is showing why his talents go farther than just his acting credits. In an interview with ET Canada, the Without Remorse star says he'd be down to show his competitive side on a future episode of Celebrity Family Feud. "Celebrity Family Feud ... that’d be awesome! That’d be cool actually, to do something like that," he said. "It’s one of those shows that you’d always want to go on, like Jeopardy! or Wipeout." It's no coincidence that Celebrity Family Feud has an extra special connection to Jordan now that he's dating Lori Harvey, the stepdaughter of host Steve Harvey. Even with that added pressure, the actor says he'd still be up for the challenge   ... Read More

Stars respond after fans spring for billboards to “Save ‘MacGyver'”

Nathan Bolster/CBS ©2020 CBS Broadcasting, Inc. All Rights Reserved.Sure, he's saved the world many times, and now fans of MacGyver are trying to save him. CBS recently announced that the reboot won't be renewed after its current fifth season, and fans aren't taking it lightly.  "Save MacGyver" billboards have sprung up in Los Angeles, New York and Chicago, and the cast of the Friday night show has taken notice.  Lost veteran Henry Ian Cusick, who joined the cast in season 4, posted a photo of one of the signs, which features Mac's trademark Swiss Army Knife and the hashtag #SaveMacGyver. Cusick noted, "Never seen this before -- I totally underestimated the MacGyver fans!! Send me the other billboards and I'll share! Very moved and humbled by this   ... Read More

ABC/Lou RoccoWith enough signatures to trigger an election to recall California's Governor Gavin Newsom, several gubernatorial hopefuls are throwing their names into the ring.  Among them is Caitlyn Jenner.  However, a new poll finds her chances of defeating the Democratic governor are very weak. According to British bookmaker, Ladbrokes, the Keeping up with the Kardashians alum is heading into the race with relatively low odds. The sports betting site places Jenner's chances at +2500, or 25/1, meaning her probability of winning the election currently rests at 3.8 percent. Despite the low number, it still puts her among the most prominent political bids established by openly transgender individuals.  The last time there was a recall election in California was in 2003 when then-Governor Gray Davis -- a Democrat -- lost his seat to Arnold Schwarzenegger, a Republican.  However,   ... Read More

ABC/Eric McCandlessCarrie Ann Inaba announced Monday that she will be taking a step back from hosting The Talk. The 53-year-old media personality broke the news on her personal Instagram, expressing that she will voluntarily step away from the daytime talk show to focus on her health. "Hi everyone, so I wanted to let you know personally that I have decided to take a leave of absence from The Talk to focus on my wellbeing," said Inaba.  "I know you guys understand health is the most important thing." The Dancing with the Stars judge thanked the support from her Talk fans and family before concluding, "I hope to be back soon." Leading up to her announcement, Talk co-host Sheryl Underwood addressed Inaba's absence at the start of the show and expressed, "Carrie Ann, we miss you   ... Read More

Pascal Le Segretain/Getty ImagesNBC's announcement over the weekend that Tesla CEO Elon Musk would be hosting the May 8 episode of Saturday Night Live, along with musical guest Miley Cyrus, left fans scratching their heads and show's cast equally unamused. Musk confirmed his upcoming hosting gig with the taunting tweet, “Let’s find out just how live Saturday Night Live really is.” SNL funnyman Bowen Yang seemed to have hoped that Musk’s social-media memo was nothing more than a bad joke. “What the f*** does this even mean,” Yang, 30, questioned in an Instagram Story post attached to the tech giant's tweet, according to The New York Post. Meanwhile, Yang's fellow cast member Aidy Bryant reposted a tweet from Bernie Sanders as a thinly disguised jab at Musk that read, “The 50 wealthiest people in America today   ... Read More

ABC/AMPASOne of the highlights of Sunday night's Oscars telecast was the grateful, and very funny, acceptance speech given by Best Supporting Actress winner Yuh-Jung Youn.  Not only did the 73-year-old Minari star thank her sons "for making mom work," but she also threw some admiring glances at presenter and Minari co-producer Brad Pitt.  Backstage, she was asked a few questions about Brad -- including one asking how the heartthrob smelled, to which Yuh-Jung quipped, "I'm not a dog, I didn't smell him!"  She was also asked if she'd ever want to co-star in a romantic movie with the actor she'd been watching since "he was very young." Youn smiled at the notion, but replied, "No, that will never happen with my English, and age, you know," she said,   ... Read More

Marvel Studios(SPOILERS) Marvel movie fans know hanging around after a movie or show's end credits usually rewards them with hints of things to come in the MCU, and the finale of The Falcon and The Winter Soldier was no different. Not only did they see the full "heel turn" of Emily VanCamp's Sharon Carter, but the show's title changed to read Captain America and The Winter Soldier. As if to reinforce that change, Marvel Studios has released an official poster of Mackie in his brand-new, red-white-and blue super-suit. The series finale dealt with Sam Wilson relinquishing his role as The Falcon and finally embracing the responsibility of the star-spangled shield Chris Evans' Steve Rogers gave him at the end of Avengers: Endgame. The Disney+ show followed Wilson's being conflicted about assuming the Captain   ... Read More

FoxWhile much has been made about Hank Azaria stepping down from playing Indian American character Apu on The Simpsons, the versatile actor will no longer voice another character from the animated show, and a gay actor has taken his place.  Starting with an episode that aired last last month, actor Tony Rodriguez now voices Julio, a gay friend of Homer's and a fellow resident of Springfield. According to a tweet from Simpsons producer Matt Selman, a video supercut compiled by Drew Mackie, plus Glen Lakin's podcast Gayest Episode Ever, "definitely had a hand" in the change. Much as the documentary The Problem with Apu shed light on the negative impact Azaria's characterization of the character has had on Indian Americans, the supercut exhaustively compiled every gay joke made in the 31-year history of the Emmy-winning series -- and like   ... Read More

ABC/Fred LeeDirector and Academy Award winner Spike Lee is responding to one of the most viral moments of Sunday night's Oscars ceremony: the moment when Glenn Close recognized his 1988 film School Daze and danced to E.U.'s "Da Butt." In an Instagram post on Monday, Lee stood behind a framed poster of School Daze, and thanked Close for "showing love." "I got to give a shout out to my sister Glenn Close who I heard gave me love on School Daze, E.U.'s 'Da Butt' -- and she was doing 'Da Butt' too!," he said. "Glenn Close was doing 'Da Butt,' I saw it on video. You was getting down." In his post, which included a clip of Close dancing to   ... Read More
Top of page